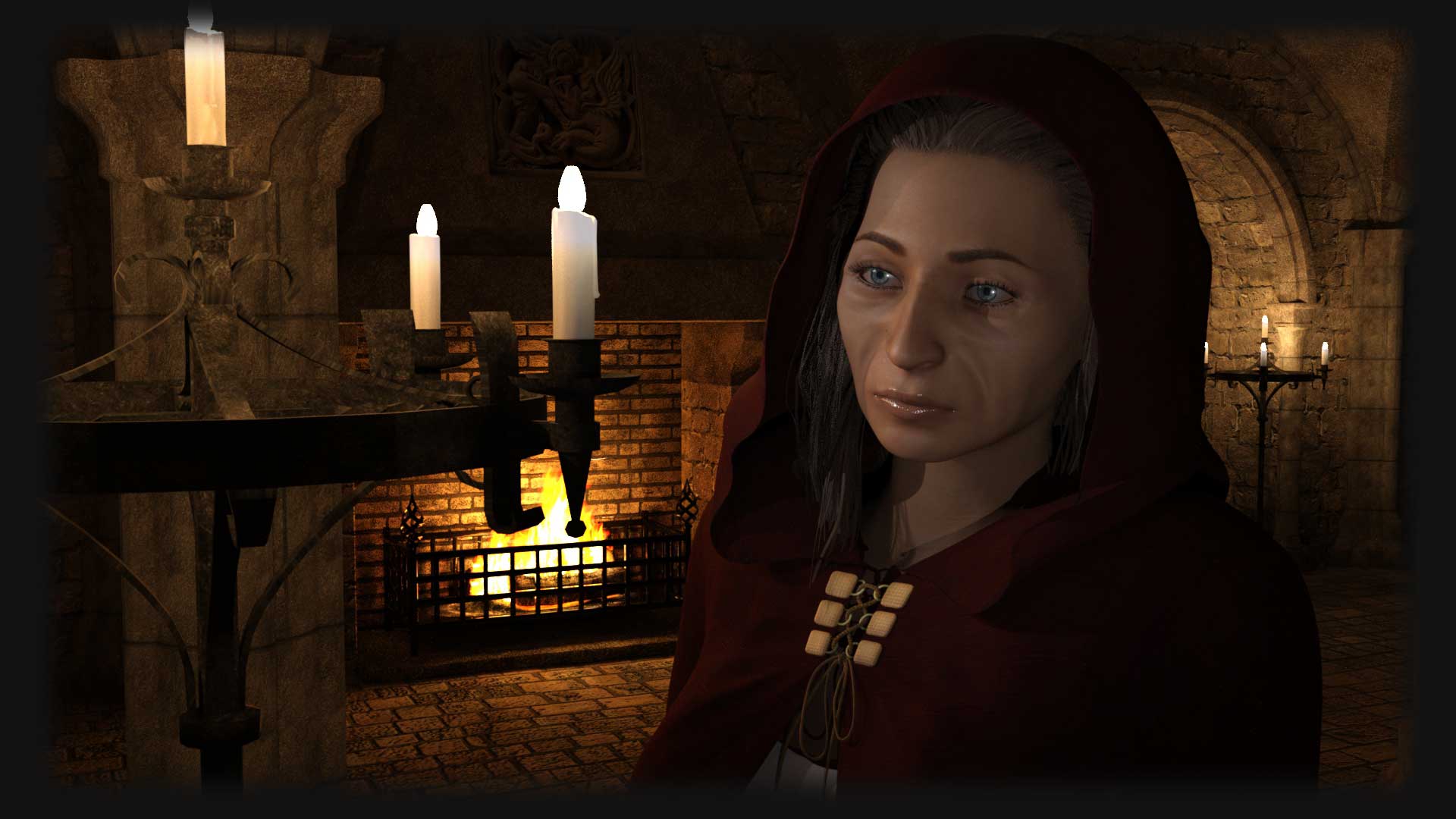 atilda was the daughter of Henry I, King of England and was to become the mother of Henry II, King of England. Matilda is also known by the name Maud. At the age of eight Matilda was married to Emperor Henry V of Germany, but he died in 1125 and Matilda was brought back to England by her father Henry. Henry then arranged the marriage of Matilda to Geoffrey Plantagenet, the fourteen year old heir of Anjou and Maine. Matilda and Geoffrey were married in 1128 in St. Julien's Cathedral Le Mans in the province of Maine (France). This was the seat of power of the Counts of Anjou.

The Disaster of the White Ship

In 1120 Matilda's elder brother William Adelin and heir to the English throne died returning from Normandy when his ship, called the White Ship, hit rocks and sank. As Henry I had no other children, Matilda was declared heir to the English throne. Henry made the Barons swear allegiance to Matilda and made them swear that they should crown her as Queen upon his death. One of these barons was Stephen of Blois, Henry's nephew.

When Henry died in December of 1135 Stephen saw his chance to take the English throne for himself and came to England to take control. Stephen was supported by many of the English Barons who did not want a woman to rule their country and also by his brother the Bishop of Winchester. Back in Normandy, Matilda and Geoffrey were planning to take back the throne that should have been theirs.

The civil war between Stephen and Matilda began in 1136 when Matilda's half brother Robert, Earl of Gloucester, rebelled against Stephen. Matilda arrived in England in 1139 and after a series of battles Stephen was captured in 1141 at the Battle of Lincoln.

After the success at Lincoln Matilda was temporarily elected Queen, but as she entered London for her coronation angry Londoners opposed to her mistreatment of them ran her out of the city. At this point Stephen's wife arrived from France with an army and at Winchester captured the Earl of Gloucester. Matilda managed to escape to the south-west of the country where she had more support. Stephen's imprisonment was ended when he was exchanged for the Earl of Gloucester.

In 1147 the Earl died and Matilda, now without her chief supporter, left England for Normandy. Back in Normandy she planned her son's attempts to win back the English throne. Her son was to become Henry II, King of England.

Matilda, the daughter of Henry I is married to Emperor Henry V.

King Henry I of England arranged the marriage of his daughter Matilda to Geoffrey, the son of Fulk V of Anjou. This was done to ensure an alliance between England and Anjou and to prevent Fulk allying himself with Louis VI of France. A previous marriage proposal between Henry's son William and Fulk's daughter came to nothing when William was drowned during a sea crossing from Normandy to England in 1120. Matilda had been married to Henry V of Germany, but he died in 1125 and Matilda had returned to England.

Henry I arranged a marriage between his daughter Matilda and the son of Fulk V of Anjou, Geoffrey Plantagenet. He had previously arranged a marriage between his son William Adelin to Fulk's daughter also called Matilda, but William had died when the 'White Ship' sank returning the Prince from Normandy. Geoffrey and Matilda were married in St. Julien's Cathedral in Le Mans, Maine (France).

Robert, the Earl of Gloucester and half brother to Matilda (daughter of Henry I) rebels against King Stephen, supporting Matilda's claim to the throne of England.

Matilda was given refuge by William de Albini at Arundel Castle. King Stephen built siege works around the castle in response but was unable to break the castle's defences. Matilda escaped but was later captured.

Robert, the Earl of Gloucester announces that he will assist Matilda, his step-sister in her claim for the English throne.

King Stephen besieged Leeds Castle which was being held against him by supporters of Matilda. The castle fell to the King and he took control of it.

Matilda arrives in England to further her attempts to take the throne from king Stephen. She was assisted by Robert of Gloucester, the illegitimate son of Henry I, King of England and a chief supporter of his step-sister Matilda's claim to the English throne.

The city of Worcester was attacked by forces supporting Matilda (Empress Maude). The citizens of the city moved their posessions into the cathedral for safe keeping. The attackers failed to gain access from the south but managed to enter the city from the north. Parts of the city were ransacked and burnt.

Lincoln, held by Matilda's supporters, was besieged by King Stephen. The siege would continue until February the next year.

After Stephen had been captured at Lincoln, Matilda was elected as Queen of England at Winchester. Her new position as ruler of England was not to last for long

Matilda and her supporters entered London for her coronation. Her supporters included David I, king of the Scots. Geoffrey de Mandeville who controlled the Tower of London, abandoned his king as he saw Matilda had the upper hand. He joined her side and offered her the Tower of London. He did this to ensure he kept the Earldom of Essex which made him one of the most powerful barons of the time.

Matilda's forces were besieging a royalist held castle at Wolvesey near Winchester and were attacked and defeated by a royalist relief army. King Stephen who was being held captive at the time was exchanged for Robert, earl of Gloucester one of Matilda's supporters who was captured in the defeat.

Oxford was besieged by King Stephen trapping Matilda inside the city. But just before Christmas Matilda managed to escape across the snow and ice of the frozen Thames dressed in white so that she would not be seen. Matilda escaped to Wallingford Castle and Oxford fell to the King.

After several years of conflict between the Angevins and the Barons of Normandy Geoffrey Plantagenet, count of Anjou, captured Rouen and took control of the whole of the duchy of Normandy. Geoffrey also took the title of Duke of Normandy.

King Stephen captures the castle at Farringdon from Matilda.

The death of Robert was a blow to Matilda's attempts to fight for the English throne. Matilda was to leave England shortly afterwards.

Without the support of the Earl of Gloucester, who died the previous year, Matilda left England for Normandy.

Matilda, the mother of King Henry II of England died at Rouen, France, and buried in Fontevrault Abbey.