Abbey: The A monastic community. Abbeys belonged to particular orders, such as the Cistercians.
Abbot (male): Person in charge of an Abbey.
Abbess (female): Person in charge of an Abbey.
Almery: or Ambry or Aumbry. A box or cupboard for alms, or a cupboard in the chancel for sacred vessels.
Almonry: The office of the Almoner where alms were distributed.
Benedictine: Order of monks founded by St. Benedict. Followed the Benedictine Rule.
Canons: The chapter members. The people running the cathedral.
Chapter: The group of canons, with the Dean, who are the governing body of a cathedral.
Chapter House: The building where the canons and Dean met each day to hear a chapter of St Benedict's Rule read out and to conduct the business of the abbey.
Cistercians: Order of monks, also know as the White Monks.
Cloister: The rectangular covered area around an open space (garth) of a monastery or cathedral surrounded by covered walkways used for study and meditation. A photograph of the cloister at Lincoln Cathedral.
Minster: Large church originally linked to a monastery.
Monastery: A community were monks or nuns worship God.
Monk: A man who has taken vows and joined a religious community.

Origins
Please note that the TimeRef website is currently being redesigned.

In the Middle East, long before monasteries existed individuals chose a life of solitude where God could be worshipped in a place of quietness far away from a world full of cruelty, anarchy and selfishness. These people were known as hermits or monks and they lived far away from society in caves with no comforts at all. Hermits have existed in all faiths of religion including Pagan, Jew, Buddhist, Moslem and Christianity. Some hermits were joined by small groups of followers who listened to their preaching and the ideals of living in small groups supporting each others spiritual needs spread slowly from the East to the West.

These bands of people developed the idea of a monastery, communities of both men and women who dedicated themselves to a life of prayer in a location far away from society. Little is known of these groups of people in the centuries before and during the Dark Ages but they did produce from their numbers many people who were to become saints. St. Colomba, St. Chad, St. Patrick and St. Cuthbert are to name a few. St. Patrick introduced Christianity to Ireland and St. Columba arrived in Scotland from Ireland bringing Christianity with him where he founded a monastery at Iona. The monasteries of this time consisting of just simple huts.

British monasteries were famous across Europe especially the monastery at Whitby which was run by a woman called St. Hilda. She died in the year 680.

When monasteries first appeared, the people in them followed a variety of different rules. It wasn't until the ninth century that a smaller set of rules were chosen. The set of rules that most of the monasteries followed at that point was the Rule of St. Benedict.

Saint Benedict founded several monasteries in Italy in the early sixth century (A.D. 500 to A.D. 550) including the monastery at Monte Cassino near Naples. Benedict devised a series of rules which had to be followed by his monks and his followers became known as the Benedictine Order. The rules were easy to follow and were adopted in many other countries as well. The monks had to obey three vows; poverty, chastity and obedience. This protected them from the deceits of the World, the lust of the flesh and the snares of the devil. Their day was divided into three parts. The first was devoted to services in the church; the second was devoted to work in the cloisters, reading, writing and meditation; and the third was devoted to manual labour, to help in the gardens or the infirmary.

Several sub-orders of St. Benedictine's rule emerged over time, including the Cluniacs, the Cistercians and the Carthusians. Details of these orders can be found on the following pages.

Saint Augustine introduced Christianity into southern England in 597. He brought with him the Benedictine Order. Augustine converted the Pagan king Ethelbert to Christianity who, in return, gave Augustine an ancient building in Canterbury which had been a church belonging to earlier British Christians built by King Lucius. Augustine restored and rebuilt sections of the church and it became the centre of Christianity in Britain. The Augustinian Order was based on the rule of St. Augustine. 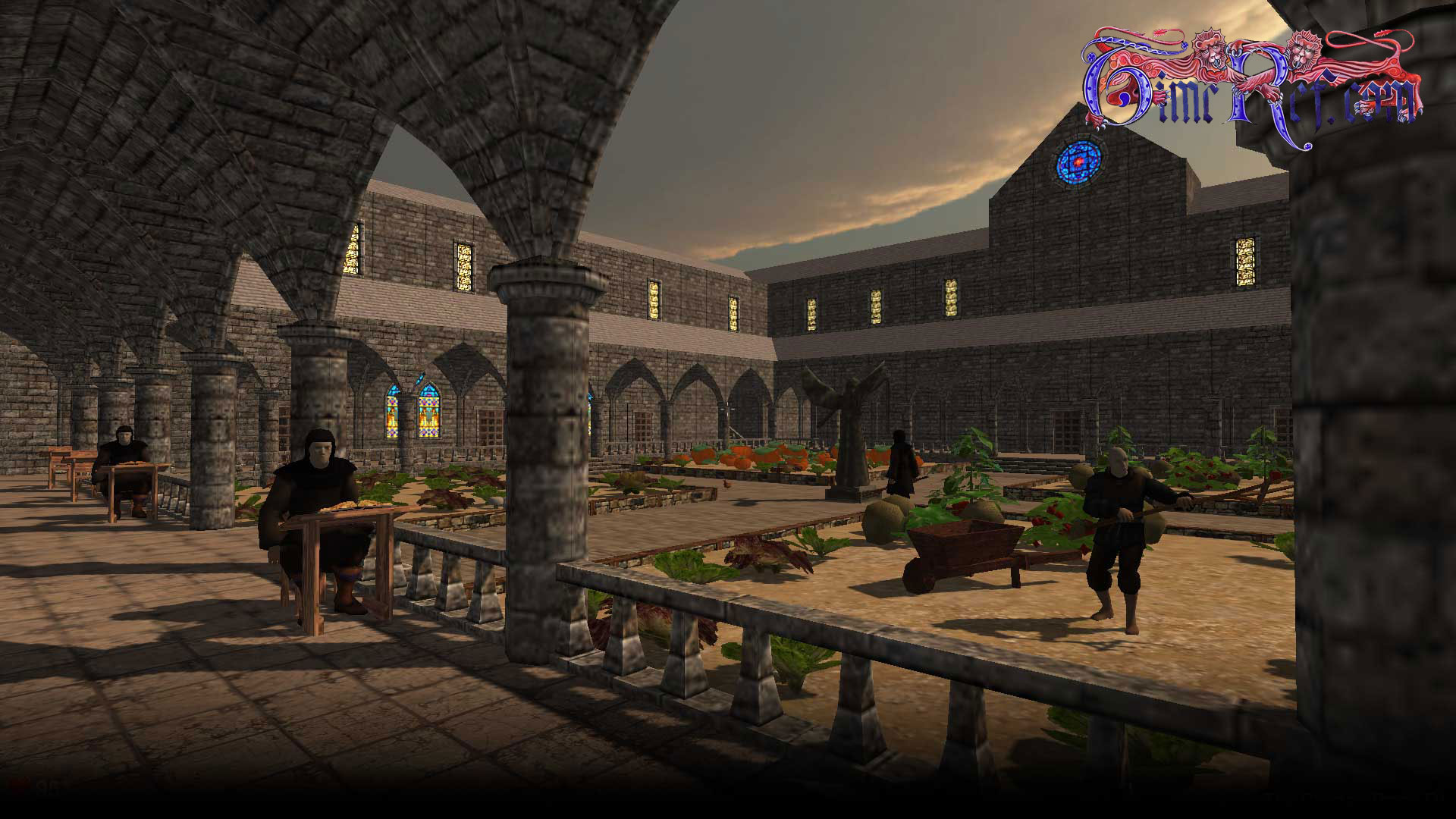 Many towns grew up around abbeys and monasteries and relied on the abbeys for their protection. Examples include Battle, Bury, Durham and Peterborough. The abbey provided the money to maintain the roads and bridges. Trades and markets held within the town were also controlled directly by the abbey.