he site on which Rochester Castle is built was originally a Roman castrum, or military camp. Shortly after the Norman Invasion of 1066 a new castle was built on a hill near the site on which the current castle now stands. This early castle would have been a wooden motte and bailey construction. The castle is built overlooking the River Medway which is an important route in and out of southern England.

In 1088 Rochester Castle came under attack during the conflict between William Rufus and Odo the bishop of Bayeux. In 1087, after William the Conqueror had died, control of Normandy was disputed. Odo, along with many others, supported William's elder brother Robert, Duke of Normandy, while others supported William Rufus, the Conqueror's younger brother. Odo had control of Rochester Castle and it became the headquarters for the rebels. The castle fell to William Rufus' army and Odo was forced into exile. Gundulf, the bishop of Rochester, orchestrated the construction of a stone castle alongside the Norman cathedral. King Henry I granted the castle of the bishops of Canterbury and in 1126 the construction of a new large keep was begun by William de Corbeil, the Archbishop of Canterbury. Over the centuries the castle was the scene of many conflicts including King John's attempt to regain the castle from the Barons and in 1264 Simon de Montfort's rebellion. It was during King John's siege of the castle that undermining brought down one of the southern corners of the keep. The destroyed corner tower was later rebuilt.

Gundulf used existing sections of Roman walls in the construction of Rochester Castle. These were repaired and their height increased. New walls were constructed to enclose a large bailey with a ditch on the outside. Not much of Gundulf's original castle survives as it was rebuilt by William de Corbeil, Archbishop of Canterbury, sometime after 1126. At 125 feet high the keep he built at Rochester is the tallest in England. The keep has a square ground plan and has four corner towers that project slightly. On three of the four faces of the keep are pilaster buttresses at the centre and at each end of the walls. The north-east face having two buttresses.

Entrance to the Keep

Access to the keep is via a series of steps along the north-west and north-east sides. A square tower or forebuilding originally protected these steps but it has been demolished. A drawbridge separated the forebuilding from the entrance to the keep for extra protection. Directly inside the keep is a lobby where guards would have positioned. To the right of the main entrance is the door to the keep and in this doorway are slots for a portcullis. The lobby is lit by three small typical Norman round-headed windows. Below the lobby are two floors of rooms for storage or possibly a dungeon and above it is the chapel.

The castle is divided into two halves by a central wall oriented north-west to south-east. This central wall has a central well-shaft so that water could be accessed from each floor. The central wall supported two low-pitched rooves. A large spiral staircase can be found in the eastern tower of the keep that is used to access all floors from the basement to the wallwalks. A similar staircase in the western tower starts from the first floor and reaches to the top. The ground floor was most likely used for storage. The main hall of the keep is on the second floor and on this floor the central dividing wall is pierced by an arcade of columns with round-headed arches decorated in typical cheveron designs. The hall floor is very high and has a barrel-vaulted gallery running around the top, both providing extra light and somewhere to watch proceedings from. 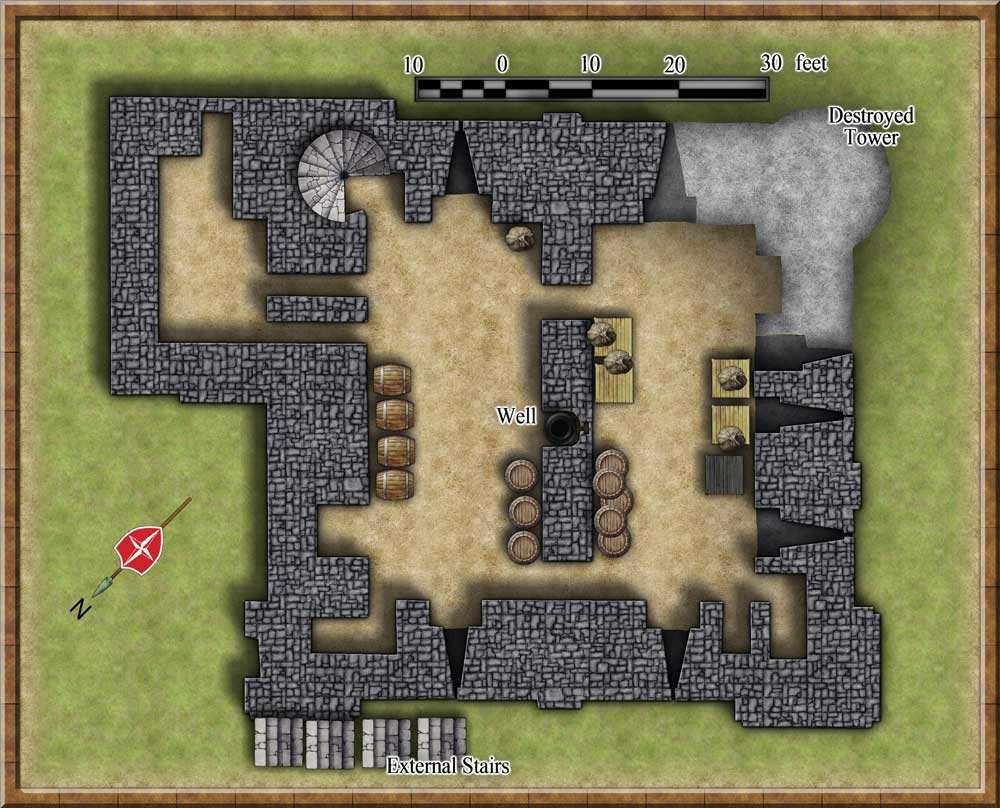 William puts down the revolt

Odo was accompanied to Rochester Castle by an escort but When they reached the castle the rebels captured the escort and refused to accept William Rufus as their King. Again William called for the people of England to support him against the rebels and together they lay siege to the castle. Odo surrendered when it was agreed that those in the castle would have their lives spared if the they came out. Odo and the rebels were allowed to leave but their lands in England were taken from them. Odo went into exiled in Normandy.

The tower-keep at Rochester was built soon after 1126 by the Archbishop of Canterbury with the permission of King Henry I.

Exchange of King Stephen and Gloucester

Robert, Earl of Gloucester was held captive at Rochester Castle before being exchanged for King Stephen who had been captured earlier in the year at Lincoln.

Invited by the barons opposed to king John, Prince Louis of France landed in England to claim the English Throne. Louis captured Rochester Castle after a short siege.

A force led by Simon de Montfort besieged Rochester Castle for several days but the castle did not fall. He left a small number of men to continue the siege but they were attacked and fled.