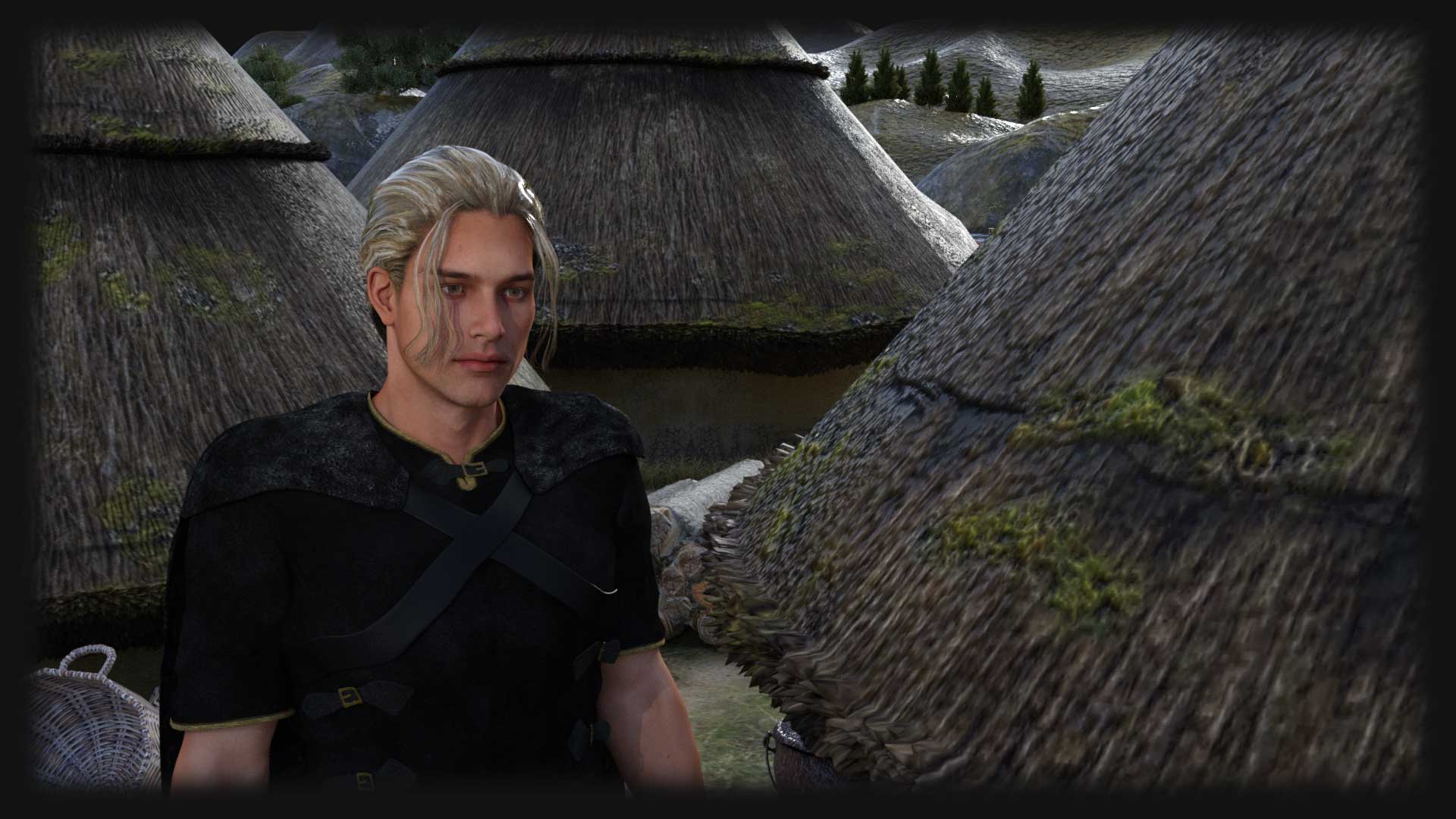 dgar was the son of Edward the Exile and grandson of Edmund II (Ironside), King of England. Edward the Exile had fled from England when Edmund II died and Canute had become King in 1016. In 1057 Edward the Exile and Edgar returned to England but Edward died shortly after. Edgar was brought up by Edward the Confessor. Because Edward the Confessor had no children Edgar was nominated as the heir to the English throne. When Edward the Confessor died in January of 1066 Edgar was too young to rule unaided and so Harold Godwinson was chosen as the next king of England. After Harold was killed at the battle of Hastings, in October of 1066, Edgar was briefly nominated as King until William the Conqueror assumed the title in December. Edgar and his family fled to Scotland in 1068 to the court of the Scottish king Malcolm III and the king married Edgar's sister Margaret. In 1072 William the Conqueror led an army into Scotland to prevent the Scots supporting Edgar's claim to the English throne. At the treaty of Abernethy, Malcolm agreed to become William's vassal and to expel Edgar. Edgar had travelled to Flanders and France, maybe fearing the advancing English army. In 1073 Edgar returned to Scotland with support from King Philippe I of France who wanted Edgar to stir up trouble in the north but a storm in the North Sea put paid to any attempts and Edgar surrendered to William. Edgar agreed to drop his claim to the throne in exchange for some lands and a place at court. In 1086 Edgar was commanding an army of knights in Italy. Edgar had formed a connection to Robert Curthose, the Conqueror's eldest son and on his return from Italy Edgar was holding lands in Normandy where Robert was Duke. In 1091 Edgar had to flee again when William Rufus, the English King invaded Normandy attacking the army of Robert Curthose, his elder brother and taking some of his land. The peace agreement signed by the brothers forcing Edgar out.

After his victory at the battle of Hastings William moved along the south coast to Dover where extra fortifications were built in the existing castle at the top of the cliffs. From there he moved on to Canterbury. After the death of King Harold the archbishops of York and Canterbury, Ealdred and Stigand supported the plan to put Edgar the Aetheling on the English throne but William moved too quickly for this to be done. Canterbury submitted to William and he moved on to London. Instead of entering London from the south he moved around the west of the city crossing the Thames at Wallingford. Finally archbishop Stigand and the other Anglo-Saxon leaders submitted to William and after turning south at Little Berkhamsted William the Conqueror entered London.

William returned to Normandy taking as guests Edgar the Aetheling (the grandson of Edmund Ironside), Stigand (Archbishop of Canterbury, the Earls of Mercia and Northumbria and the brothers Edwin and Morcar.

Edgar the Aetheling took refuge with Malcolm III in Scotland along with his sister Margaret. Malcolm and Margaret were married in the same year.

William leads an army into Scotland

It is possible that William the Conqueror was planning to attack King Malcolm to prevent him protecting Edgar the Aetheling and to stop him advancing into the north of England. The treaty 'Peace of Abernethy' brought a solution to the situation where Malcolm agreed to become William's vassal and to expel Edgar.

Edgar the Aetheling attempts to take the English throne

Edgar the Aetheling joined forces with King Malcolm in Scotland and King Philippe I of France in an attempt to take the English throne. A storm in the North Sea brought the endevour to an end and Edgar surrendered to William the Conqueror.

King William II took an army into Normandy and attacked the army of his elder brother Robert Curthose, the Duke. William claimed some of Robert's lands after the brothers agreed to peace. One term of the agreement was that Edgar the Atheling should be expelled from Normandy as his potential claim to the English throne was a threat to William.