lexander was the ruler of Scotland from 1249 to 1286 and succeeded his father, Alexander II, at the age of seven or eight. Alexander married Margaret one of Henry III's daughters and although Alexander and Margaret had children they all died before Alexander himself. Alexander's second wife had no children at all. The King died because he ignored advice from his men to not travel in bad weather back from Edinburgh Castle back to see his wife across the Firth of Forth where she was living. The King managed to take the ferry across the river but at midnight disappeared into the dark and was found dead the next day. Alexander had a granddaughter called Margaret who was his legal successor. Margaret was known as the Maid of Norway and was only a child at the time of Alexander's death. She was living in Norway and took a ship to travel back to Scotland. But she fell ill on the voyage and died. 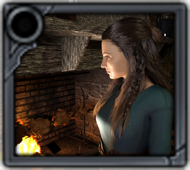 Margaret (of Scotland, Queen of Norway)

Alexander was crowned at Scone.

Henry III's daughter Margaret married Alexander III, king of the Scots, at York Minster. Both bride and groom were under the age of eleven at the time of the wedding. The festivities were huge as many members of the English and Scottish courts attended the wedding.

The Battle of Largs

At the Battle of Largs Alexander III of Scotland attacked the Viking army led by King Haakon IV of Norway and took the islands of the Hebrides. Haakon died on Orkney.

Haco of Norway and his troops landed at the mouth of the Clyde after taking a battering from storms. Three days of fighting resulted in a victory for Alexander III. Escaping to Orkney, Haco died (from injuries ?).

Alexander, the King of the Scots exchanged his daughter in marriage to Eric, the King of Norway for the Hebrides.

Birth of Margaret, Maid of Norway

The birth of a daughter called Margaret to Eric, the young Norwegian King, and Margaret, the daughter of Alexander III. Margaret, the child's mother, died during childbirth.

Because all of Alexander's sons had died there was a threat that a fight would break out for the Scottish throne. To ensure a smooth transition it was decided that Alexander should remarry. Alexander married Yolande, the youngest daughter of Robert IV, Comte de Dreux in the hope that she would give him a son.

Alexander III of Scotland died leaving no male heir. The King died because he ignored advice from his men to not travel in bad weather back from Edinburgh Castle back to see his wife across the Firth of Forth where she was living. The King managed to take the ferry across the river but at midnight disappeared into the dark and was found dead the next day. Margaret the 'Maid of Norway' was next in line for the Scottish throne because her mother was the only one of Alexander's children that had any offspring.

The Treaty of Brigham saw agreement for the marriage of Margaret the Maid of Norway to the first Prince of Wales Edward. Margaret was the granddaughter of Alexander III the king of Scotland and was the successor to the Scottish crown. The death of Margaret on the voyage led to disputed succession in Scotland.

Margaret, the 'Maid of Norway', granddaughter of Alexander III and next in line for the Scottish crown was travelling to Scotland when she died on Orkney during the voyage.