The map shows the areas of England that the main Earls of 1065 controlled. At this time Britain is ruled by several Earls rather than one King.

Harold was the son of Godwine, the Earl of Wessex and was expelled from England with the rest of his family in 1051 by the King, Edward the Confessor. A year later the King was forced to accept the family back when they sailed up the Thames to London with a large force of men. In 1053, Harold's father died and as the eldest son, Harold inherited the title of Earl of Wessex. The king, Edward the Confessor consentrated on the affairs of the church which left Harold to run the affairs of the country, which included fighting the Welsh. Harold had two wives, both called Edith. His second wife was the widow of the Welsh Prince who Harold had defeated in 1063. 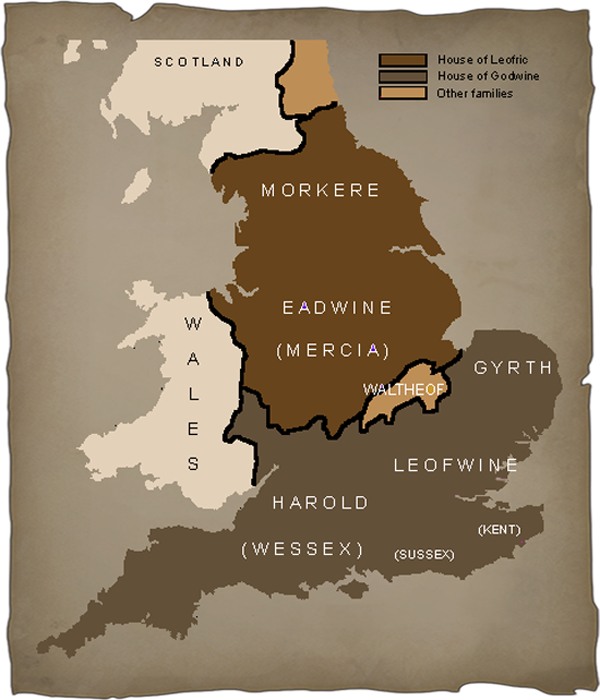 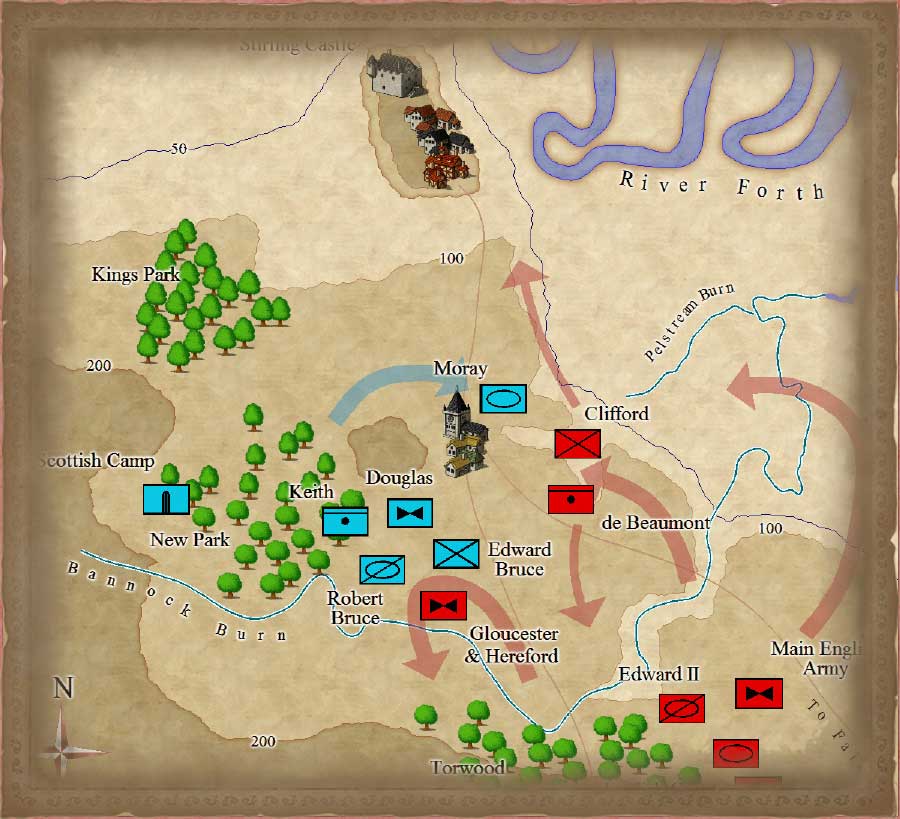