Architecture
Architecture
Please note that the TimeRef website is currently being redesigned.

Please note that the TimeRef website is currently being redesigned. This page shows what the rest of site will eventually look like.

nglish Romanesque or Norman style of design is attributed to those churches and castles built by the Normans shortly before their Conquest of Britain in 1066 and until the end of the twelfth century. This style was first introduced into England during the reign of Edward the Confessor. The king himself founded the Abbey at Westminster and many other churches. The Abbey was not completed at the time of his death in January 1066 but enough had been built for it to be consecrated on December 28th 1065. The Conquest of England and the influx of barons and ecclesiatics from Normandy brought a revolution in society and in architecture. In most instances it can be seen that each great church was rebuilt from its foundations by the first Norman bishop who took over. Some were moved to more favourable settings or even moved to new towns. At Winchester the new church was built alongside the old and the old was finally demolished once the religious relics had been transferred. 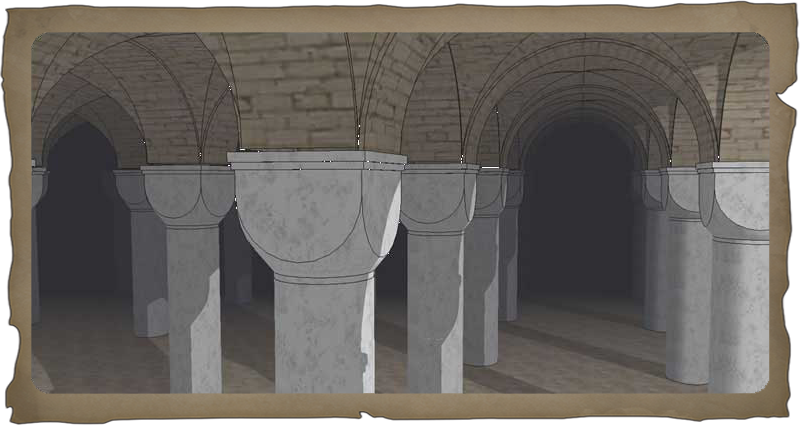 Although the workmanship of the Normans was superior to that of the Saxons it was still not up to the quality that can be seen in later styles. Many of the towers that were built at this early time collapsed or had to be strengthened later on. It is possible that much of the work was still done by Saxon workers as there was so much work to do. The Saxon workers may have worked under instruction from Norman masters or worked alone, copying what they had seen of the new building techniques.

By the end of William the Conqueror's reign in 1087 many of the major churches and cathedrals had been rebuilt or were being rebuilt. It is possible that 7,000 churches were built within a century after the Norman Conquest**.

Romanesque architecture is characterised by massiveness, round arches, small windows, heavy vaulting and simple cushion shaped capitals cut from a single cube of stone. Piers are simple cylinders as at Gloucester Cathedral, or more commonly moulded with geometric patterns as at Durham Cathedral. The arches and doorways usually have zig-zag or chevron patterns around them.

When you look up at the ceilings of churches and castles you often see vaults, curved sections made from stone. The semi-circular vault is a characteristic of Romanesque and Norman architecture and was copied from the Romans. 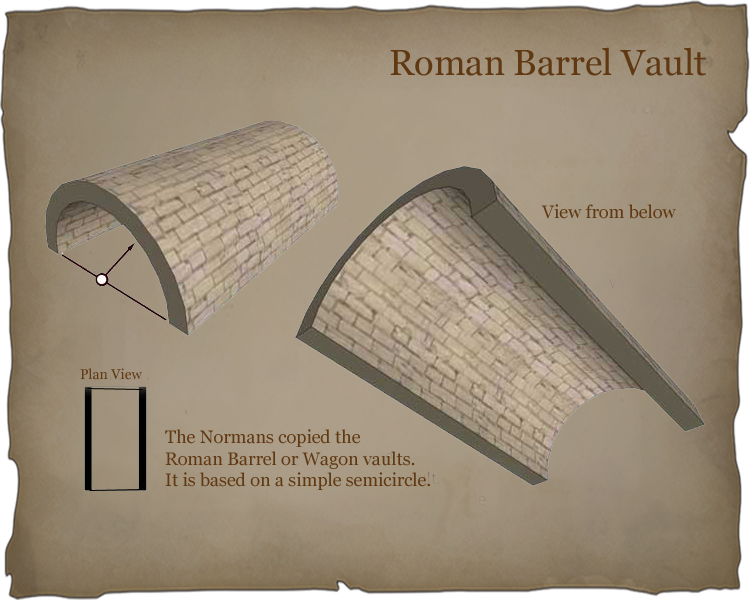 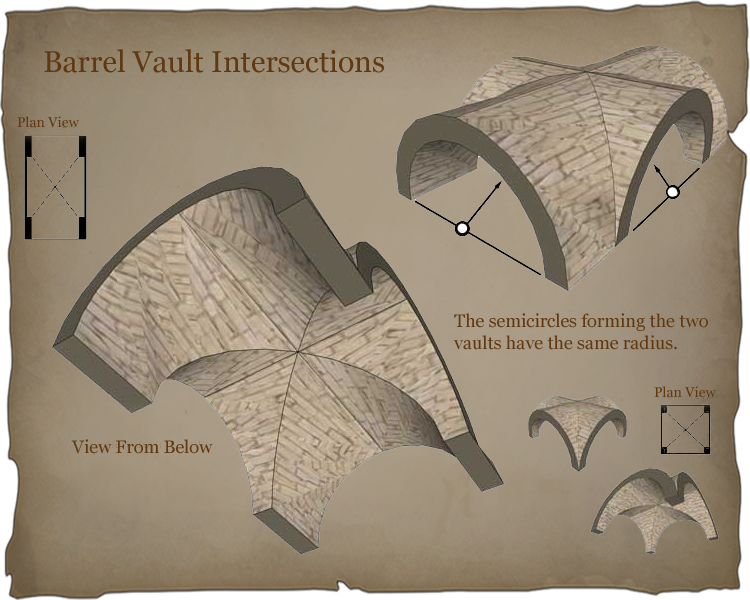 Abacus The flat slab of stone at the top of a column forming the top of a capital and supporting the arch or wall above it Abutment The section of wall to the side of the curving part of the arch erected to counter the thrust of the arch Aisle The passages to each side of the nave, separated from the nave by screens or columns Altar Flat topped wooden or stone table containing the cross. Usually at the east end of the church Alure The path along the top of a parapet at the top of a wall Ambulatory The processional aisle around the apse at the east end of a church Ampoule Vessel containing the sacred oil to anoint the kings of France at the cathedral at Rheims Anglo-Saxon English architectural style Apse A semicircular projection usually found at the east end of a church Apsidal Ending in a semi-circle Arcade A row of arches and columns dividing two places Arcading A row of blind arches in a wall, such that the arches are filled in and lead nowhere Arch A pointed or curved construction of wedge shaped stones. See Voussoir Architect A person competent to design buildings and to supervise their construction Architrave The ornamental moulding running around the curve of an arch, a door or window Archivolt A moulding carried around an arch Armature Metal framework in large untraceried window used to support the stained glass Ashlar Hewn and squared stone ready for construction purposes Atrium Covered row of columns in front of the door of a church
3D/VR 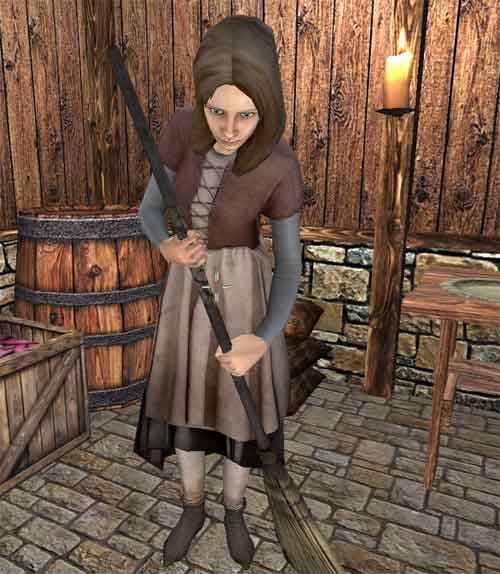