Welsh Castles built by Edward I 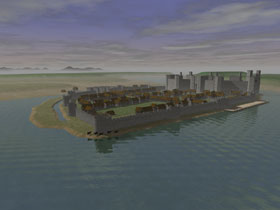 lewelyn ap Gruffyfdd the Prince of Wales had consistently failed to do homage to Edward I, King of England. The Welsh Prince had been paying sums of money to the English crown as agreed in the Treaty of Shrewsbury of 1267, but after the death of Henry III the payments had stopped. Edward's repeated demands for a meeting with Llewelyn were ignored and in an attempt to stir up internal problems in England, Llewelyn had sent to France for Eleanor de Montfort who had been promised to him as a bride for his involvement in the Baronial revolt against Henry III. Eleanor was captured by the English on the journey to Wales and was kept prisoner by Edward. Edward had no choice but to deal with the rebellious Llewelyn and began his war on the Welsh with a massive amount of castle building.

To successfully attack the Welsh in the north of the country, Edward had to have a strong supply line for his army. Invaders of Wales had always found it hard to subdue the Welsh because it was easy for the Welsh to use the mountainous terrain to cut off attacking armies from their supplies. To solve the problem Edward built a series of castles along the north coast where they could be easily resupplied from the sea. Flint Castle in Clwyd was begun in 1277 and was one of the first castles to be started. Rhuddlan castle was started shortly afterwards. The design of these castles was based on fortifications Edward had had seen on his travels in France and consisted of a strong castle attached to an enclosed town. The town was populated with English traders who could supply the army and start trading with the local Welsh people. 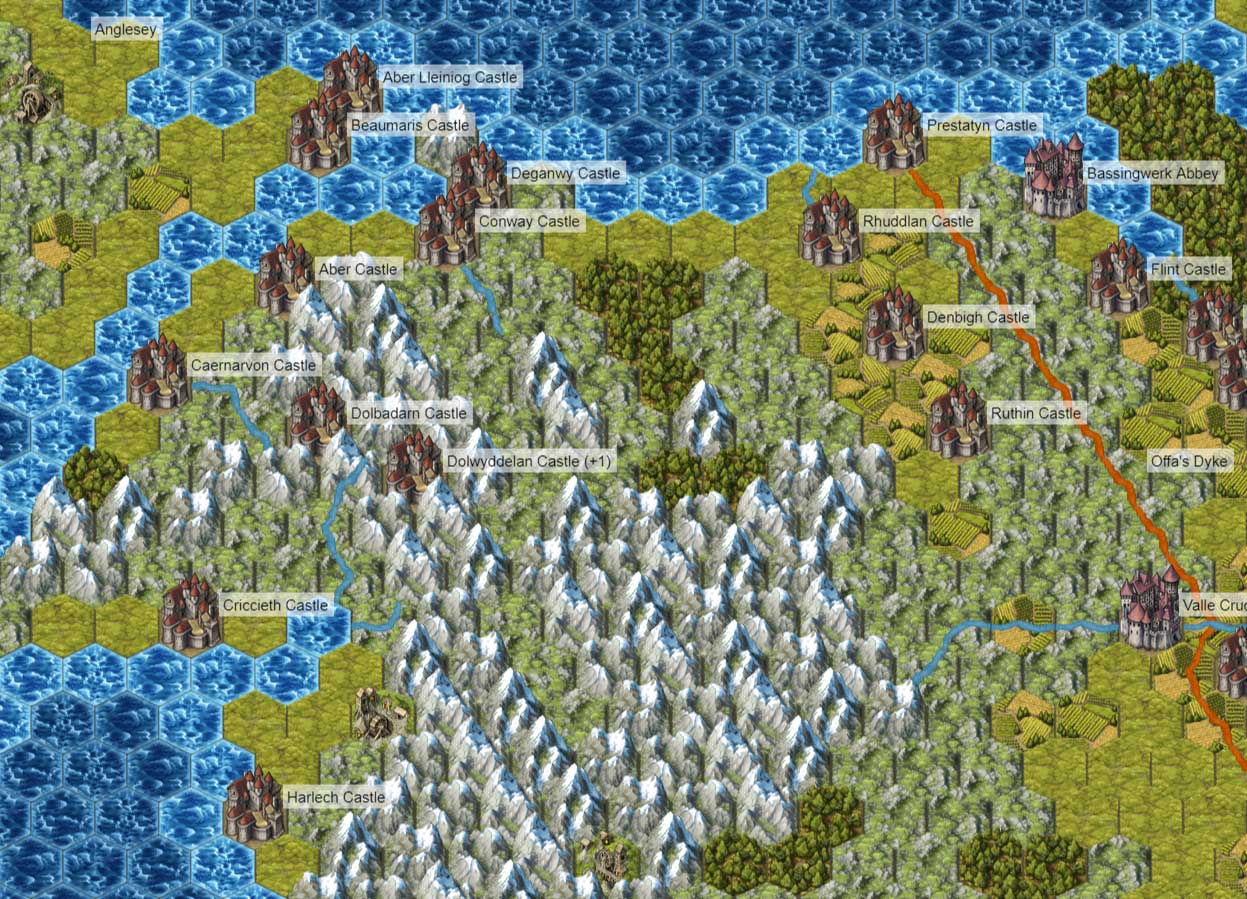 Llewelyn was defeated at the end of 1277 and he paid homage to Edward. The building work at the castles of Flint and Rhuddlan continued, including the construction of a deep water channel to link Rhuddlan Castle to the sea some three miles away allowing supply-ships access. Further castles were begun at Aberystwyth, Ruthin and Hawarden. There was peace in the area until March 1282 when David, Llewelyn's brother, attacked and captured Hawarden castle. Aberystwyth was under construction and was destroyed while Flint and Rhuddlan came under siege. The uprising was over quickly with the death of Llewelyn and the capture and execution of his brother David in 1283.

Edward captured the castles of Dolwyddlan and Criccieth in North Wales and began another huge undertaking of castle building. These castles included Caernarvon, Conway, and Harlech. 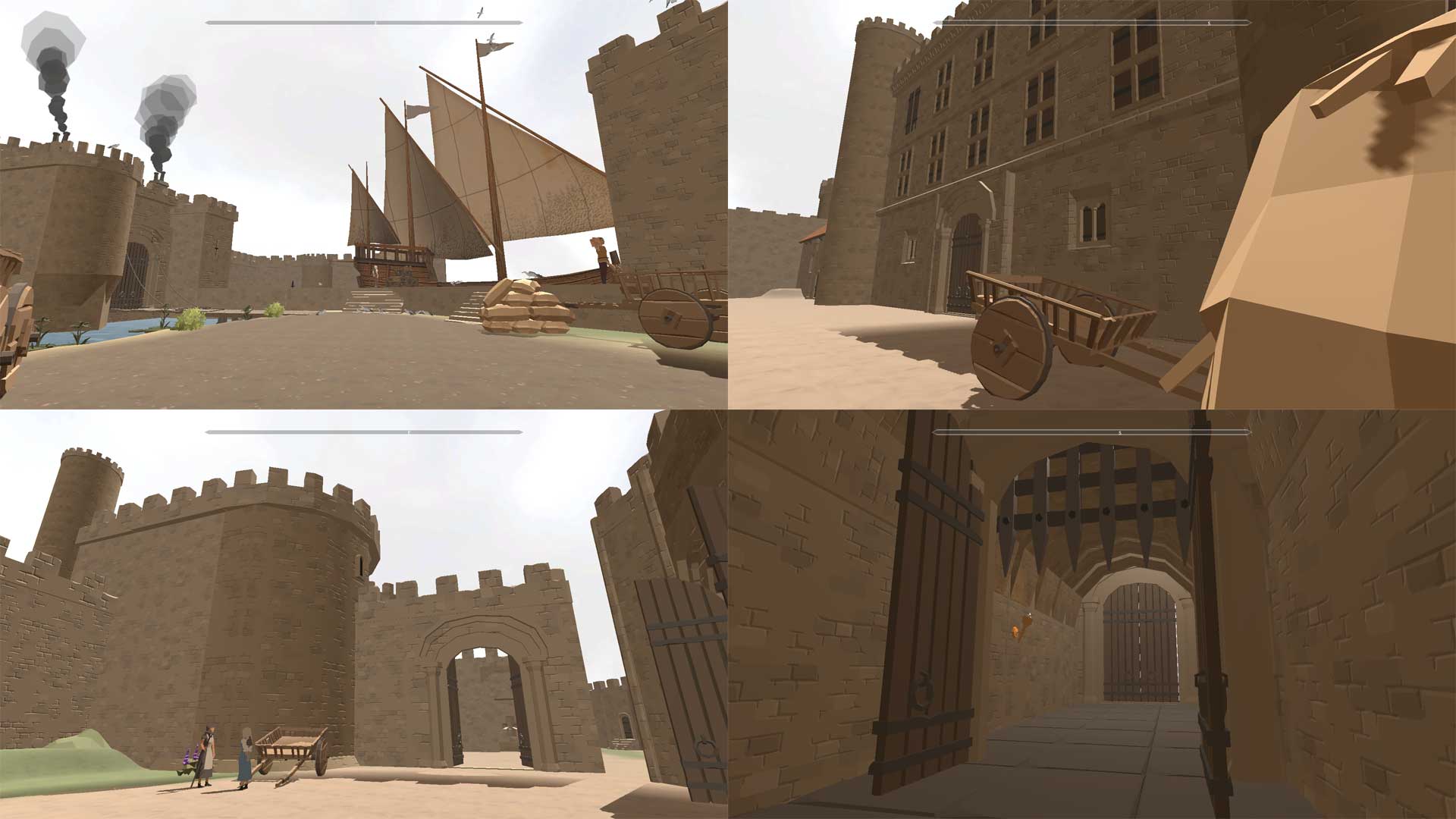 Details of three of the best preserved castles 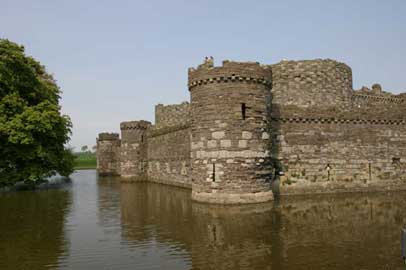 Beaumaris Castle was built by Edward I. Construction began in 1295 on the Isle of Anglesey, Edward's latest conquest in Wales. The castle was built on marshy land overlooking the Menai Strait. Edward gave the job of designing the new castle to his master castle builder James of St. George. James designed a concentric castle consisting of an inner rectangular ward with six towers and two gatehouses surrounded by a octagonal outer ward having twelve towers and two smaller gatehouses. 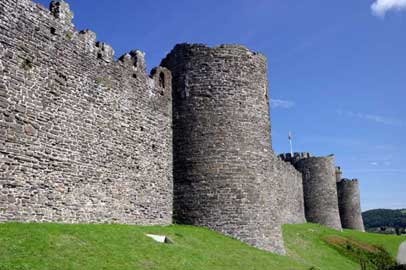 Conwy Castle was built by Edward I as part of his mission to subdue the Welsh in the north of Wales. The castle was designed by Edward's master castle builder, James of St. George and it consists of eight drum towers with thick walls in between and is oblong in shape. The village that was built beside it was fortified by a strong wall with 21 towers and 3 gates. Building work started in 1283 and the castle was mostly complete within five years. 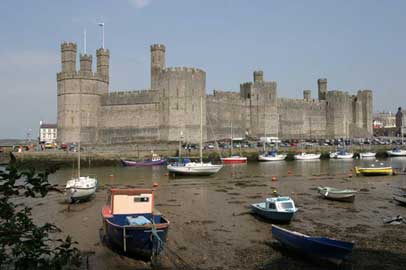 Caernarvon Castle was built by Edward I and his master castle builder, James of St George, who started work on the new castle in around 1283. The site was previously occupied by a Norman Motte and Bailey castle and before that a Roman fort. The castle walls are dominated by thirteen polygonal towers, some large and some small. Normally the towers in the castles constructed at the time were circular. The motte was not removed by Edward and was incorporated into the eastern section of the castle although it has been removed since.