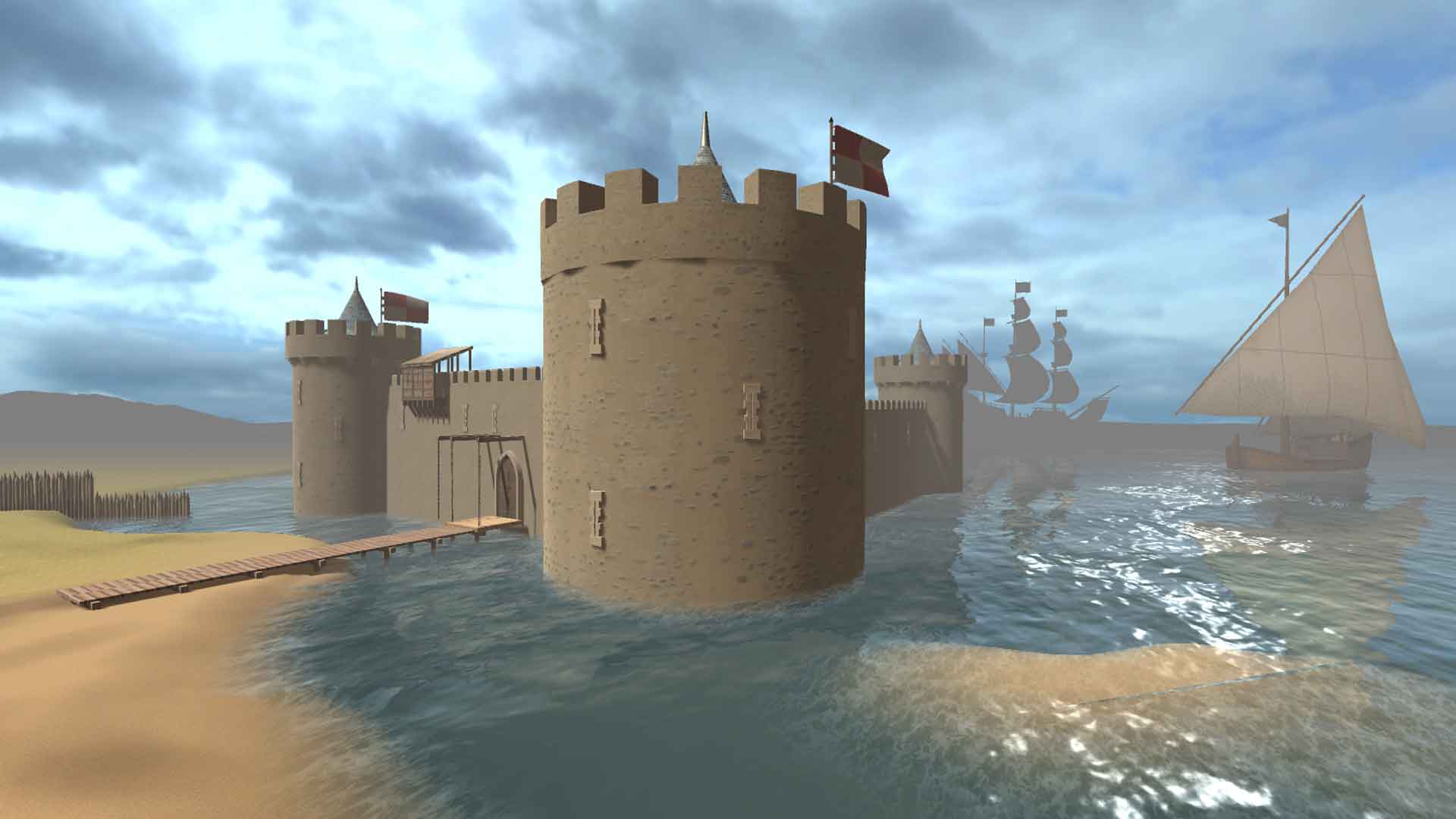 lint Castle was build during Edward I's war against Llywelyn when a series of castles were built in the north of Wales by the English. Flint castle was one of these and it was begun in 1277. Flint castle has an unusual circular keep that is not inside the main enclosure as is more common, but it is positioned like a corner tower at the south-east of the castle. The keep has a ditch surrounding it and is accessible via a drawbridge. A small village would have sprung up around the castle soon after its construction and Edward populated this village with people from England in the hope of stabilising the peace of the surrounding area. Another of the castles built at the same time was Rhuddlan.