astle Rising consists on a square keep built in around 1140 in the middle of large earthworks. This is an excellent example of a twelfth century castle and its defences. The castle was built on an earlier wooden structure, probably a large hall. It was built by Lord William D'Albini who was married to the widow of Henry I, Alice (Adeliza) of Louvain. A small portion of the gatehouse survives and the grooves where the portcullis sat can still be seen. The best way to see the castle is to walk around the top of the earth bank. There are several rooms that you can explore inside the keep. To the south of the keep are the remains of some stone out buildings and to the north are the remains of a church that was built just before the castle. 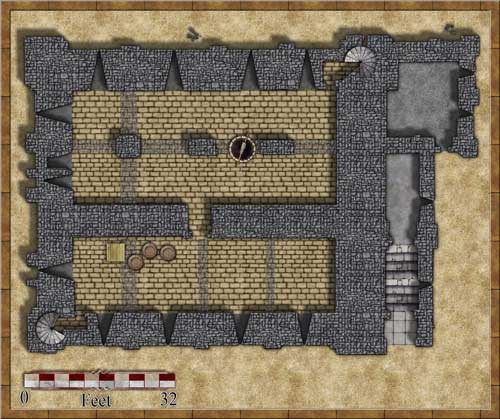