on of Edmund Earl of Lancaster and cousin of Edward II king of England, Thomas became one of the most powerful Lords of the time. As one of the leaders of the Lord Ordainers he attempted to limit the powers of the King and to remove Gaveston the King's favourite. Thomas was captured and executed as a traitor. The Earl was the son of King Edward I's brother Edmund and Blanche of Artois and had the earldoms of Lancaster, Leicster and Derby. His wealth was much more than that of other nobles and this allowed the Earl to become extremely powerful. 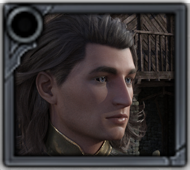 King Edward granted his cousin Thomas Earl of Lancaster and his heirs the title of Stewardship of England. Many barons were opposing the King beacuse of his closness to Gaveston and Edward needed some support. This may have been a way of getting Lancaster on his side.

The marriage of Thomas, Earl of Lancaster to Alice de Lacy, the heiress of the of the powerful Henry de Lacy, gave the Earl even more titles and properties. One of these properties was Pontefract Castle in Yorkshire.

The rise of Thomas Earl of Lancaster

While Edward II was in Scotland, his Regent, the Earl of Lincoln died. and was replaced by his son-in-law Thomas, Earl of Lancaster. Lancaster became the Earl of Lincoln and Salisbury, but already held the titles of Earl of Leicester and Derby. Holding so many titles, made Lancaster the most powerful Baron of the time. His hatred of Gaveston was to become a major problem for the king. ¹

Edward and Gaveston were at Newcastle when they were alerted to the news that the Earl of Lancaster was heading for them. They escaped down river to Tynemouth where the King and Gaveston took a boat to Scarborough leaving behind them everything and everybody including Isabella, Edward's wife. Gaveston took refuge at Scarborough Castle and Edward went to York. ¹

While the Earl of Lancaster set up camp midway between York and Scarborough to prevent Gaveston and the King rejoining, the Earls of Pembroke and Surrey besieged Scarborough castle. The castle was not prepared to withstand the stand-off and Gaveston surrendered after a couple of weeks. The terms of his surrender were generous and Pembroke gave his word that Gaveston would not be harmed until he was presented to Parliament. ¹

The Earl of Pembroke with his captive Gaveston, stopped at Deddington for the night. Pembroke left Gaveston to attend to other matters. The Earl of Warwick took advantage of Pembroke's absence and took Gaveston from his bed. They went to Warwick Castle and Gaveston was thrown in the dungeon. The four Earls, Lancaster, Warwick, Arundel and Hereford took the decision that Gaveston should be punished and took him to Blacklow Hill where he was executed. As Gaveston was under excommunication, the body was not buried straight away. ¹

Thomas, Earl of Lancaster, started the construction of a castle at Dunstanburgh on the Northumbrian coast.

After the defeat at Bannockburn, the death of Gloucester and his army scattered, Edward had to hand power over to the Earl of Lancaster and the Lords Ordainers. Lancaster had kept back his own personal army in readiness for Edward's return and Edward had no option. Lancaster then replaced the Edward's supporters in key seats of power with his own Lancastrian supporters. ¹

For the whole of 1315 Thomas, the Earl of Lancaster was in control of England and he embarked on a campaign to create a network of supporters in all positions of power. It seems that every section of society had Lancastrians that he could depend on.  ¹

The Earl of Pembroke and his 'Middle Party' held discussions with the Earl of Lancaster during which it was agreed that a council should be formed that would advise the King, and that the King should not be able to act without the council's advice. Lancaster was also assured that he and his followers would be pardoned for any illegal acts that they may have performed during the time of their power. Lancaster agreed to the Treaty and met Edward to reconcile their differences. ¹

The last Scottish town to be held in English hands had been captured by Robert the Bruce. The loss of Berwick brought Edward and Lancaster together. Their common goal was to recapture the town and together with the Earl of Pembroke and Surrey they marched north. ¹

Despenser and the Marcher Lords

Hugh Despenser began obtaining lands in South Wales. He did this by exchanging estates he held in England and by obtaining grants from the king. He even obtained the Isle of Lundy. When the last male heir of the Marcher Lord Braose family died, Despenser was able to obtain the land that the family owned in and around Swansea. This angered the other Marcher Lords as they had customs that allowed land to pass into the hands of one another. The Marcher Lords threatened to start a civil war and it was agreed that a Parliament should be called to settle the matter. It was also agreed that Despenser was to be held in custody by Lancaster until the meeting but Despenser refused.

Thomas, Earl of Lancester held the first of two meetings to gather support of Barons and the clergy to remove the Despensers from power. The second meeting at Sherborn-in-Elmet near York was held on June 28th. ¹

Lancaster put a large amount of pressure on Edward to remove the Despensers from power. The Marcher Lords brought a force to London and threats were made that Edward would be removed from the throne if he did not comply. ¹

Lancaster left his base at Pontract and headed north. At the bridge crossing the river Ure at Boroughbridge he was halted by an army led by Andrew Harcley, the Earl of Carlisle. Harcley held the bridge against Lancaster's attacks and Lancaster was forced to surrender. Lancaster was taken back to Pontefract Castle where Edward had taken control.

Edward finally had his revenge for the death of Gaveston when Thomas, the Earl of Lancaster, was executed outside the walls of Pontefract Castle. ¹