ecily Neville was the mother of two kings of England, Edward IV and Richard III. She was the youngest daughter of Ralph Neville, the Earl of Westmorland and was born at Raby Castle in County Durham. Her mother was Joan Beaufort, the daughter of John of Gaunt and she was descended from Edward III, king of England. Her father arranged the betrothal of Cecily to Richard, Duke of York while she was still only a child. They were married in 1429 when Cecily was fourteen and Richard was eighteen.

Elizabeth (of York, Duchess of Suffolk) 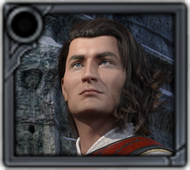 Marriage of Richard and Cecily

The future King Edward IV was born on April 28th in Rouen in Normandy. His father was Richard, Duke of York, the great-grandson of Edward III and his mother was Cecily Neville. Richard was acting as Henry VI's lieutenant-general in France.

Richard, the future King of England, was born in Fotheringay Castle in Northamptonshire. His father was Richard Duke of York and his mother was Cecily Neville. Richard was their fourth son.