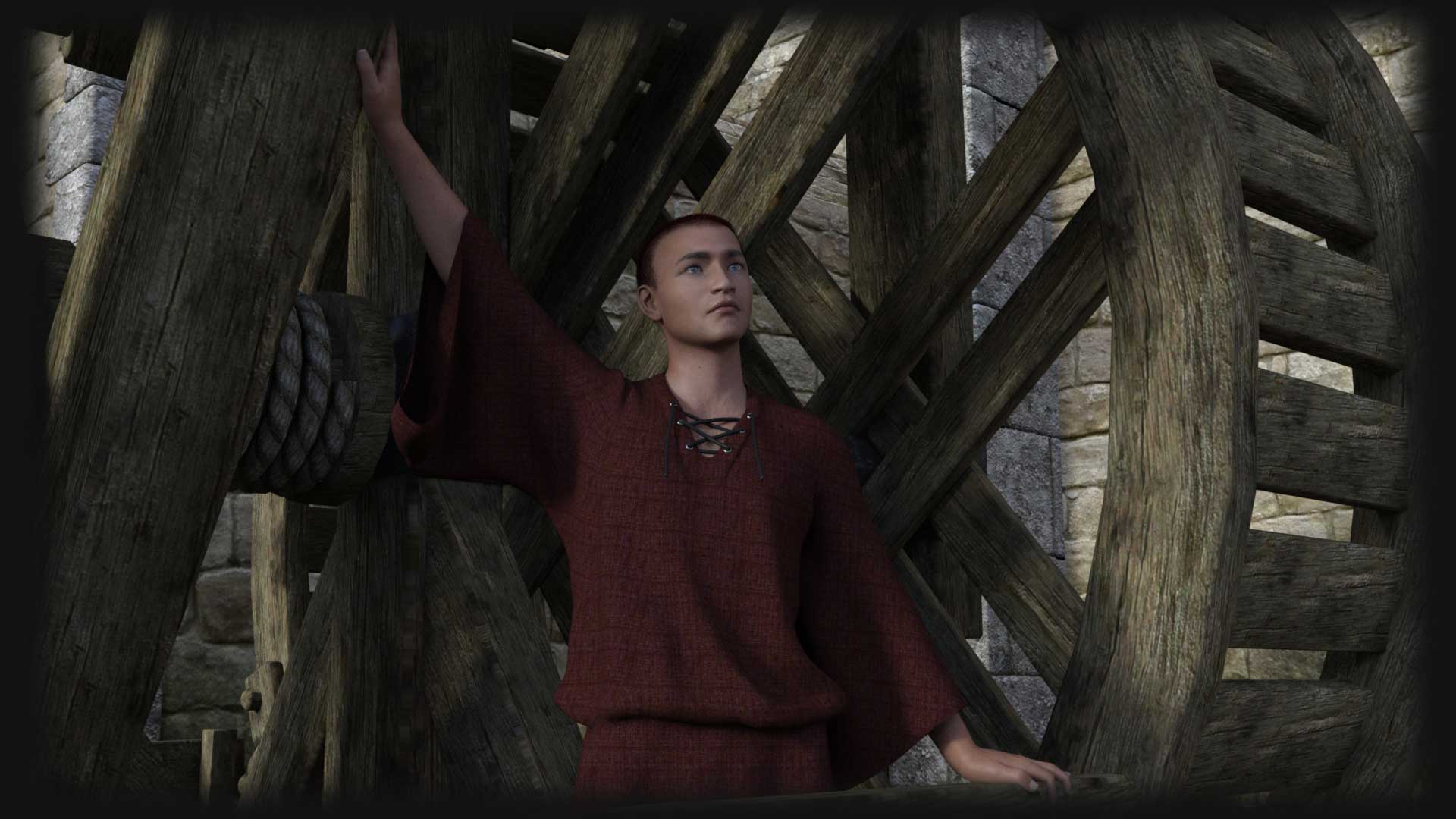 ames of St. George was the Master Mason responsible for the design and construction of Edward I's castles in the north of Wales during the conflict with the Welsh and Llywelyn. King Edward met James whilst travelling in Savoy where he was employed by the counts of Savoy to build castles. Impressed by his skills in castle building, Edward brought James back to England and by 1278 James was in north Wales working on castles there. Castles that James built include Flint, Rhuddlan, Harlech, Beaumaris and Caernarvon but there are many more. At Harlech he was given the title of constable of the castle.

In the design of these castles he dispensed with the traditional keeps and instead used a concentric plan where a succession of nested walls and towers were built, the walls getting taller towards the centre of the castle. As these castles had no central keep one or more of the wall towers were built large enough to be used in the same way. A common feature of James' castles are the strong gatehouses. In the early years of the fourteenth century James was employed in Scotland building castles there as well. His works include Linlithgow Peel, a fortification which replaced a royal manor.

After capturing Dolwyddelan, Edward moved up the river Conwy to its mouth and a new castle was ordered. The castle's design and size were chosen to prove the royal power of the English King. Construction work lasted until 1297.

The construction of Beaumaris Castle on Anglesey is begun under the direction of master mason James of St. George.