dward was the only surviving son of King Henry VIII of England and his third wife Jane Seymour. Edward was born at Hampton Court Palace on 12th October 1537. Jane Seymour died shortly after the birth of her son. Henry was pleased with the birth of a son who could succeed him after his death. After Jane's death Henry married Catherine Parr and it was Catherine who brought Henry's children together. Edward, Mary and Elizabeth lived under the same one roof for the first time. It was Catherine who recognised the need for Henry's children to have a good education and arranged for the best tutors to teach them. Edward's early years were filled with learning.

When Henry VIII died in January 1547 Edward was only nine years old and at this age the young king could not rule without help. He was assisted by his uncle, Edward Seymour the duke of Somerset, who was given the title of Protector of the Realm. 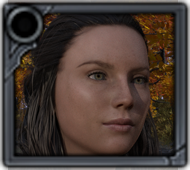 Succession to the Crown Act

The Succession to the Crown Act was an act passed by Parliament specifiying the order of succession to the English throne after the death of Henry VIII. Although Edward was the youngest the order would be Edward, Mary and then Elizabeth.  ¹

At Greenwich a treaty was signed by the Scots and King Henry VIII swearing firstly peace between the two nations and secondly the agreement that Mary Stuart, Queen of Scots, should marry Henry's son Edward. Although these two treaties were initially agreed they had been rejected by the Scots by the end of the year. King Henry at first wanted Mary to be brought to England but two sides agreed that she should remain in Scotland until her tenth birthday.

Edward Seymour, the Earl of Hartford, and Duke of Somerset was given the title Lord Protector and was given the task of ruling England while Edward VI was too young to rule unaided.

The coronation of Henry VIII's son Edward took place at Westminster Abbey. He was crowned as Edward VI.

A condition of King Henry VIII's will was the marriage of his son Edward to Mary, Queen of Scots. It was his hope to unite the two nations. But the Scottish refused to comply. So Somerset, the Protector of England took an army in Scotland. These events were part of a series known as the 'Rough Wooing'.

Thousands of Scots gathered near the town of Musselburgh, just to the east of Edinburgh. They faced an English army led by the Duke of Somerset. The Scots had a good position on the battle field but wasted it when they attacked. The Scots were heavily defeated. The defeat at Pinkie Cleugh was a threat to Mary, Queen of Scots, and so she was secretly moved from Stirling Castle to the Augustinian Inchmahome Priory located on an island on lake Menteith. ¹

Thomas Seymour, the Protector's brother, had married the late king's widow Catherine Parr. Suspicion fell on Thomas after the untimely death of Catherine in late 1548 and it was suspected that he wanted to marry Elizabeth, Henry VIII's daughter. He may have also tried to bribe the young king Edward VI into giving him more power. Thomas was arrested, charged with treason and sent to the Tower of London. Without much of a trial he was exectuted.