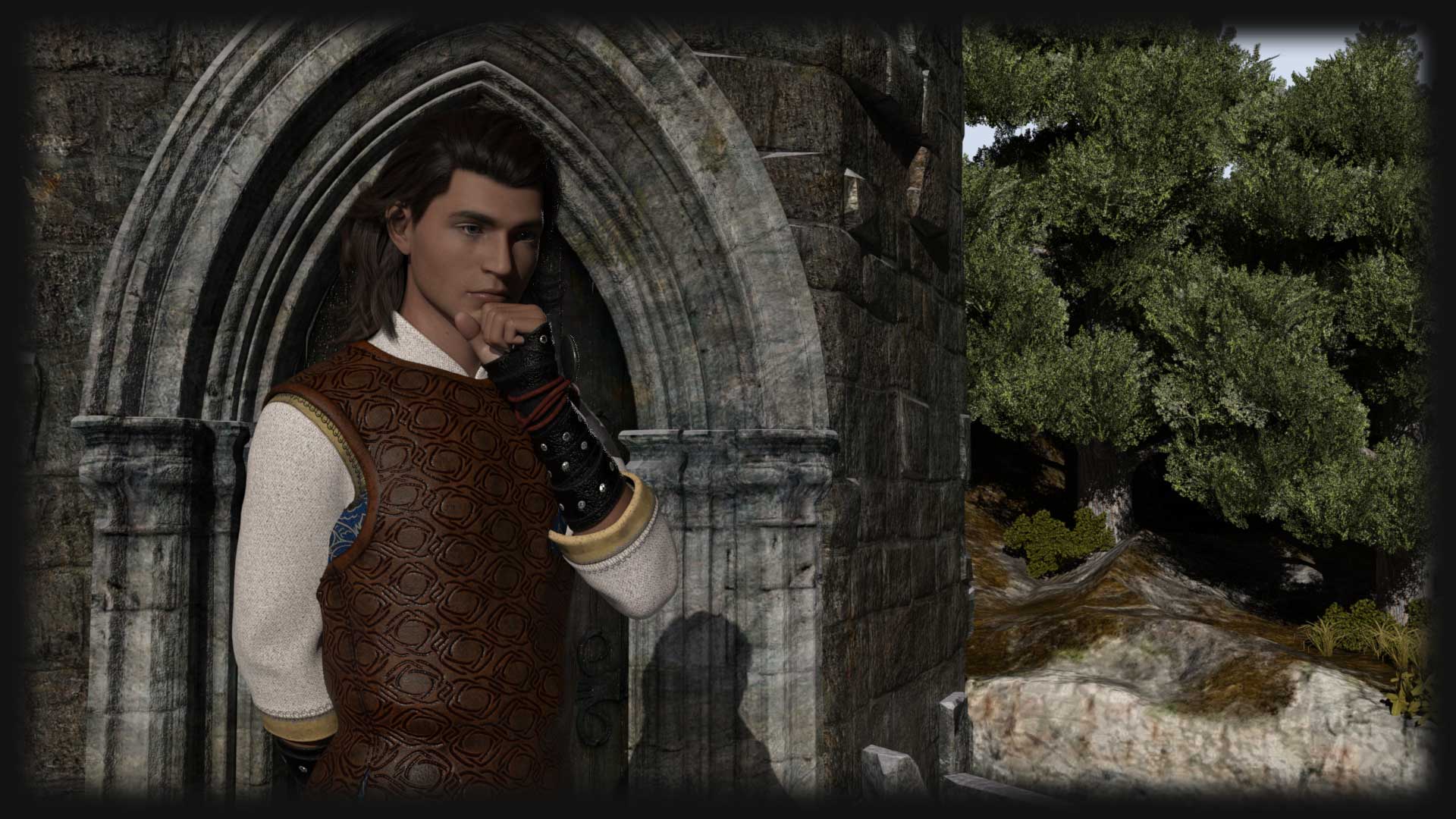 ubert de Burgh was a person of importance during the reigns of Richard I, King John and Henry III. When William Marshal died in 1219 Hubert de Burgh took control of the country as Henry III was still too young to rule. De Burgh drove out of the country the foreign mercenaries who had supported king John, regained important castles for the King Henry (which ??) and dealt with the rebellious barons. He was rewarded for his efforts and he controlled three castles in South Wales, Grosmont, Skenfrith and White Castle. In 1232 he was driven from his position by the Bishop of Winchester. He married several times and was married to Margaret of Scotland, the daughter of William I, King of Scotland. 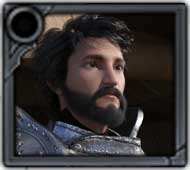 Built by Hubert de Burgh this castle is one of the three he owned in the Welsh Marches. White Castle, and Grosmont Castle being the other two. ¹

Hubert de Burgh was granted the three castles of White, Skenfrith and Grosmont in the Welsh Marches by King John.

Hubert de Burgh's power and influence increased. In this year he was appointed sheriff of Cornwall and in May was granted Wallingford Castle.

The young prince was being held in the castle at Falaise, where Hubert de Burgh had become castellan. King John ordered that Authur should be blinded and sent several of his court to carry this out. But only one reached the castle. The others could not commit such a crime and fled. When the man reached Falaise and told Hubert what had to be done Hubert refused. To protect the young prince, a story was concocted stating that Aurthur had died of grief. This caused an uprising by the Bretons and to avoid conflict Hurbert then declared that the prince was still alive. But Arthur could not be produced as he had been moved to Rouen. ¹

With events going badly in France for King John, the threat of invasion was a real possibility. To help prevent that John ordered Dover Castle to be handed over to William of Huntingfield who should defend it against attack. To ensure he did so, William's son and daughter were taken hostage and were not to be released until the castle was safely returned in person to the King or Hubert de Burgh. ¹

King John abandoned the lands that had been held by the Dukes of Normandy for over a hundred years and returned to England. Only two castles held out against Philip Augustus, they were Chinon, controlled by Hubert de Burgh and Loches, defended by Girard d'Athee. ¹

While Hubert de Burgh was defending the castle at Chinon and then later in captivity, King John back in England gave orders for his land to be taken back. By the end of the year the order was given to transfer ownership of the tree castles Skenfrih, Grosmont and Llantilio (White Castle) to William de Braose. ¹

Hubert held out in the castle at Chinon for as long as he could but when it finally fell to the French he was captured as his men rushed out to attack the besiging army. ¹

A fleet of French ships were defeated off the coast near Sandwich by Hubert de Burgh. The French fleet was commanded by Eustace the Monk, a pirate and mercenary who fought for both the French and English when it suited his needs. The French fleet were bringing more men and supplies to assist Prince Louis in his quest to take the English throne. The ship Eustace was on was captured and the monk was executed.

The defeat of the French fleet left Prince Louis without much hope of taking the English throne. William Marshall blockaded London from the sea and land and at Lambeth Louis accepted peace terms. Louis waived his claim to the throne of England and should have restored Normandy to Henry but did not. Louis was paid 10,000 marks to ensure he left the country as soon as possible. William Marshall pardoned all those who had supported Louis.

William Marshal is succeeded by Peter de Roches, Bishop of Winchester and Hubert de Burgh who was Justiciary.

Hubert de Burgh improved the defences at Grosmont Castle, including the gatehouse and towers. ¹

Stephen Langton, Archbishop of Canterbury, travelled to Rome and left Hubert de Burgh in charge of affairs of the country.

Earls deprived of their castles

Hubert de Burgh gets agreement that the rebel barons should give up their Earldoms and castles which were to be turned over to the crown. The Earls were slow in complying with the agreement. ¹

Hubert de Burgh purchased land from Westminster Abbey on which he built a mansion. This building would be expanded over the years to become Whitehall Palace. ¹

All those castles that had been taken from King John were claimed back by Henry. Henry did not want to have untrustworthy Barons in control of strong castles. Fawkes de Breaute, one of the castle occupiers refused to relinquish his castle(s) and started a short rebellion. Stephen Langton and Hubert de Burgh dealt with Fawkes and the castles were handed over. (Need to find out which castles)

The garrison at Bedford Castle, belonging to the rebel Falkes de Breute, refused to surrender to the Crown. Falkes had been repeated summonsed to account for his refusal to comply with agreement and when he refused to appear before the King the castle was surrounded. The castle fell when the keep was undermined. The garrison, who had surrendered the castle, were all hung on the order of the Justiciar. Falkes was allowed to leave the country but he lost all his possessions in doing so. Bedford Castle was badly damaged as a result. ¹

Hubert de Burgh took ownership of the old motte and bailey fort and finished its reconstruction as a stone castle.

Henry III called for an army to be assembled at Portsmouth to be transported to Normandy to regain lost territories. A large army of knights turned up ready to go but not enough ships had been provided. The King blamed Hubert de Burgh for the fiasco and in his rage would have killed him if Ranulf of Chester had not intervened. This marks the beginning of the rift between Henry and Hubert de Burgh. The expedition was postponed until the mid of 1230. ¹

Hubert de Burgh had become a powerful Lord in the Welsh Marshes, controlling castles such as Cardigan and Carmarthen. He began to threaten the local Welsh leaders.

Henry III was persuaded to remove Hubert de Burgh. Hubert escaped from prison and took refuge in a church at Devizes. After being dragged from the church Hubert was re-imprisoned. The bishop of Salisbury forced the Government to return Hubert to the church where his supporters rescued him.

When Hugh de Burgh fell from grace, he lost control of the important Monmouthshire castles of White, Grosmont and Skenfrith.

With the introduction of Peter de Roches as justiciar and the removal of Hubert de Burgh, control of the Exchequer came under Poitevin control and possibly reversed the gains created by the Magna Carta in 1215. King Henry III was given control of central administration. This angered the Barons and a group led by Richard Marshall, Earl of Pembroke opposed the changes. ¹

Henry III's army was camped at Grosmont Castle when they were attacked in the night by a force of Welsh and English rebels. Several of Henry's supporters were captured and the castle was returned to Hubert de Burgh, one of the rebels. ¹