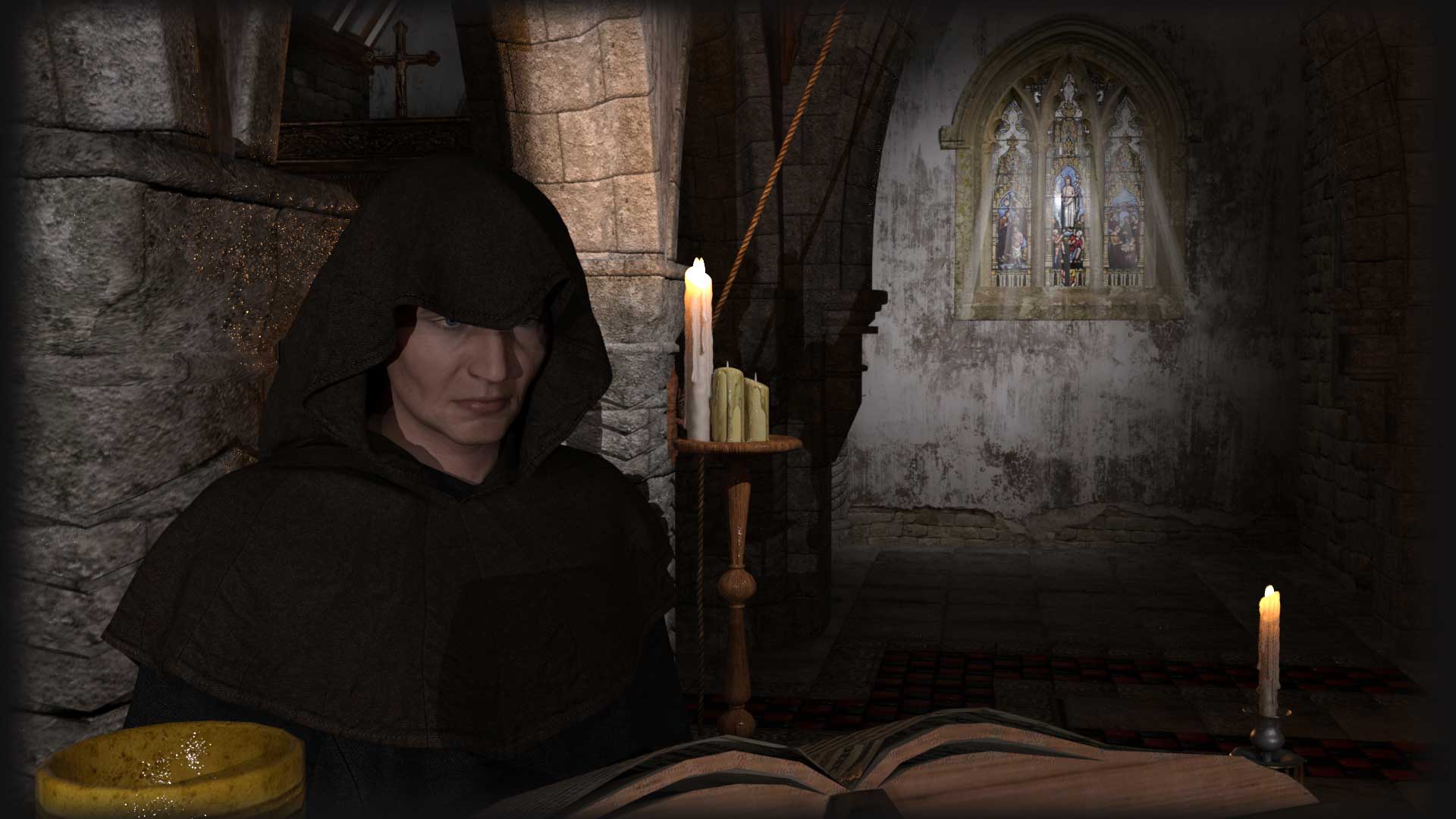 on of Tescelin Sorrel, and Aleth, the daughter of the Lord of Montbard, Bernard was born near Dijon in the castle of Fontaines. Learning Latin as an early age, Bernard and his five brothers and one sister were very well educated. Bernard was taught at Chatillon-on-the-Seine, where he proved to have intelligence and a strong religious nature. At the age of around nineteen, he left his schooling and was confused as to his next direction. After praying for guidance, his doubts were gone and he left to join the Benedictine monastery at Citeaux, which had been founded fifteen years before by Robert of Molesme, Alberic, and Stephen Harding. Bernard's eloquence was such that he persuaded his uncle, Gaudry, and several of his younger brothers to join him, along with thirty-one Burgundian nobles as well. The youngest brother, Nivard, too young to join the order was left behind. At Easter of 1112, Bernard reaches the monastery at Citeaux where the abbot Stephen Harding welcomes them as there had not been any new recruits for several years. For three years Bernard helps in the duties of land clearing, converting swamps into fertile land. Stephen then founds two more monasteries at La Ferte in 1113 and Pontigny in 1114. When the Count of Troyes presents a site, Bernard is given the opportunity to be an abbot and with the help of his own brothers and other monks builds a dwelling in Champagne in the valley of Wormwood. After some hardship and lack of food, due to Bernard's strictness with his monks, Bernard became less strict and made sure than food way available. His fame spread and many more monks joined him. The monastery became known as Clairvaux. In 1118, Bernard becomes ill and is given the rest and diet required for a full recovery by William of Champeaux, who recognised in Bernard, a leader for the future. Under his leadership, the Cistercian order was restored to a new importance. Seven abbeys in 1118 became 328 abbeys by 1152. In 1121, Bernard starts performing miracles. The first was to restore the speech to a relative called Josbert de la Ferte who had been stuck dumb. He also cured the ill by making the sign of the cross over them and at the church of Foigny, he rid the church from a plague of flies by simple pronouncing an excommunication on them at which they all died. He began to teach at the Universities of Paris, and his students were so impressed by him, some of them joined him at Clairvaux. A group of German knights, meeting Bernard as Clairvaux were also so impressed that they too decided to become monks even though their former interests were fighting and tournaments. He challenged Peter Abelard and considered the excesses of Abbot Suger of St Denis Paris over the top. His support of the Knights Templars was almost a guarantee of their success. Bernard was a knight by birth and was trusted enough for Abbot Suger to consider entrusting an army to him on the Crusades. Many believe that Bernard was Galahad. Bernard was the driving force behind the Council of Troyes that provided the Knights Templars with its first Rule, the Latin Rule.

Bernard at the age of 22, his brothers and several Burgundian nobles reached the monastery at Citeaux. As there had not been any new novices for some years, Stephen Harding, the abbot, accepted them willingly. This could have been a year later in 1113.

The count of Champagne donated land to St. Bernard on which the abbey of Clairvaux was built.

The Cistercian abbey of Clairvaux was founded in 1115 by Bernard of Fontaines who became Clairvaux's abbot until his death in 1153.

The Council of Troyes took place. Its aim was to consider the claim of the Knights Templars represented by Hughes de Payen and Andre de Montbard and was brought about by Bernard of Clairvaux. The Council provided papal approval for the Templars and resulted in many new recruits joining the order. The Order was provided it with its first rule, the Latin Rule.

A Papal Bull issued by Pope Innocent II, a former Cistercian monk and protégé of St. Bernard of Clairvaux, stated that the Knight Templars should owe allegiance to no one other than the Pope himself. This meant that the Templars answered to no one not even Kings or other political or religious authorities.

St. Bernard's sermon at Vézelay so moved Eleanor of Aquitaine that she vowed to go on Crusade.

At the Diet of Speyer; the emperor Conrad III took the cross and secured the election of his son Henry as his successor in Germany. He was persuaded to take part in the crusade by the the Abbot of Clairvaux, St. Bernard.

Death of Bernard of Clairvaux

Bernard, the abbot of Clairvaux, the post he had held since 1115, and one of the most important religious people in the Middle Ages died at the age of sixty-three.