Workers
Please note that the TimeRef website is currently being redesigned. 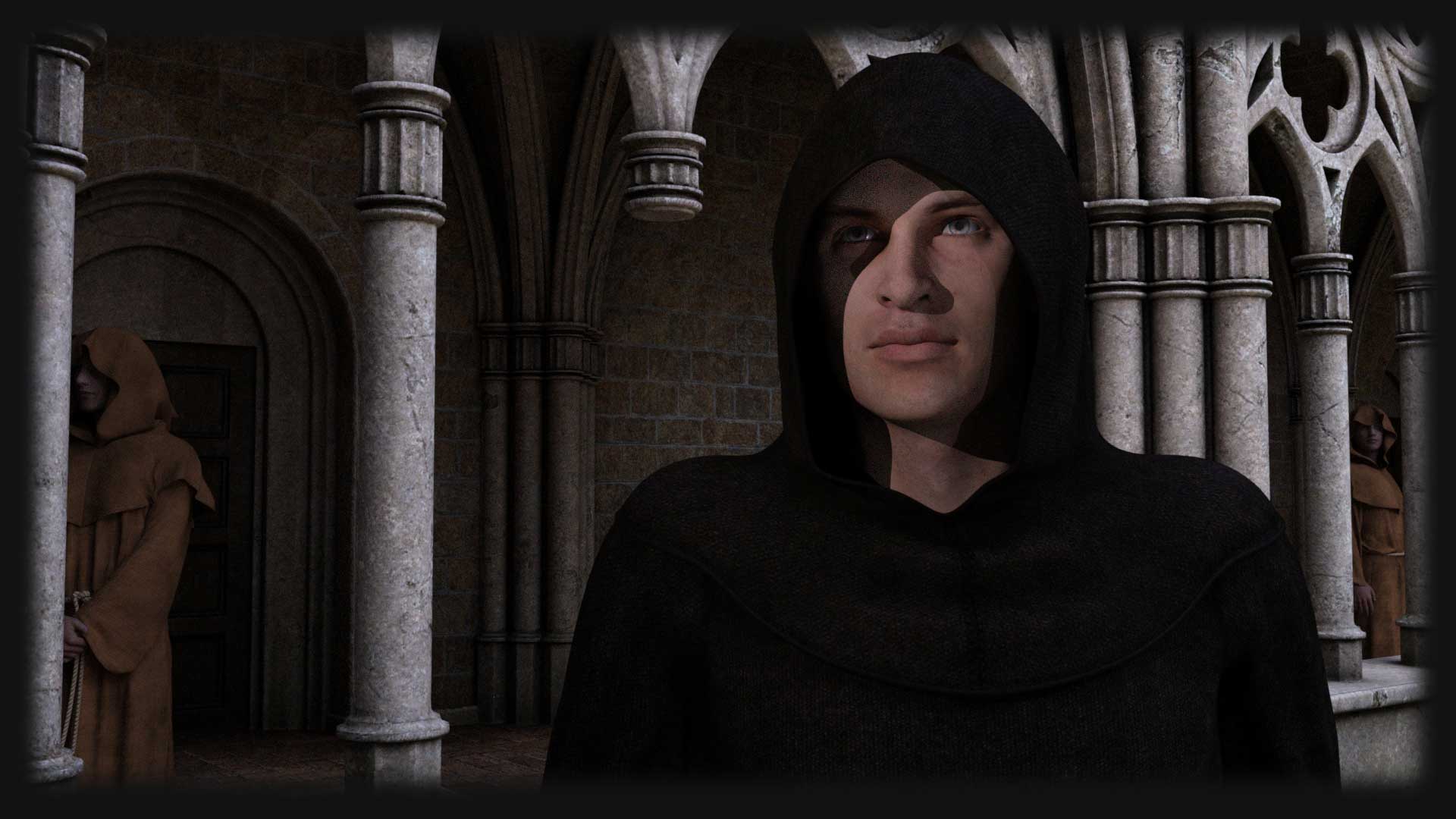 What jobs did people do in a medieval abbey

he jobs listed below are typical within a male medieval abbey based on the Benedictine Rule. You can enter a virtual medieval abbey and talk to the monks to learn about their duties. See the details below.

The abbot (male) had the highest authority with the abbey and had overall control of the administration. In both large and small monasteries delegation of power was required due to the amount of work and time required to run the organistion. The Rule of St. Benedict specified two deputies of the abbot. The second in command being the Prior and the third in command being the cellarer. The appointment of the abbot or abbess was generally for life and because their word was absolute, a bad abbot could cause problems. A bad abbot could be removed from office by the Pope. An abbey cost a large amount of money to run and many abbots had a constant struggle with debt-collectors. Apart from revenues from the large amounts of lands the abbeys owned, a common source of income was gifts from wealthy nobles who wanted to thank God for successes in their lives or for the monks to prey for them.

The abbess (female) was the head of an abbey populated by nuns, and was the equivalent of the male abbot.

The prior was the abbot's deputy doing much of the organisational work within the monastery and was responsible for maintaining the discipline. He was the second most important person and took responsibility when the abbot was away. He worked in conjunction with the chapter when making decisions about the day-to-day running of the organisation.

The Commendator or Adminstrator was a lay-person and not a member of the religious community. It was their role was to manager the non-religious affairs of the abbey including the finances and to enure the the abbey was not running into debt. A Commendator could be sent to an abbey if that abbey was being run poorly and was in debt.

The sacristan was responsible for maintaining the church buildings, important vessels and other valuable items used in services and processions. Day to day items such an candles and wicks where also supplied by the sacristan.

The cellarer had an important and highly responsible role and was responsible for purchasing all the food such as flour, fish, chickens, geese and beans. He purchased the beer and other supplies that the monastery's inhabitants needed. He ensured not only the healthy people were feed, but also the sick. He was also responsible fror the servants who worked under him. Unlike many of the monastic community the cellarer had daily contact with the outside world. The cellarer was not responsible for cooking the food.

All food preparation was overseen by the kitchener who took his supplies from the cellarer. Local farms also supplied food such as honey, eggs and milk. Servants did the actual cooking and the food was served in the refectory.

The refectory (or dining hall) was under the control of the refectorer. All the furnishings, table coverings, lighting etc. were his responsibility.

On feast days extra dishes of food or drink were served in the refectory. It was the responsibility of the pittancer to organise these special dishes.

The chamberlain was responisble for clothing the members of the abbey and providing tools used for every-day tasks. Shoes, capes and bedding were all supplied and their maintenance overseen by the chamberlain.

The almoner was responsible for distributing charity or alms to the poor. His duty was to visit the poor and sick and give whatever he could to help. This also might involve providing lodging where necessary. To assist in this a building nearby or within the abbey complex, known as an almonry, was set aside for storing and distributing the alms. People could be lodged in the almonry or given a bed if sick. It was also a place for learning, where the almoner could provide eduction for a number of boys. The excess food prepared by the abbey's kitchens was distributed by the almoner to those in need.

The day-to-day running of the abbey generated many deeds and documents. It was the role of the archivist to maintain the library of these records.

An important function of an abbey was to house a library of books and make copies of them. It was the role of the armarius to ensure the books were keep in suitable conditions and maintain them. The armarius needed to supply the monks with inks, parchments and writing implements that were required to copy the books.

An important role of the monastery was to care for the sick and it was the role of the infirmarer to ensure this happened. The monastery had a building known as the infirmary where the the sick were cared for. Scientific knowledge in medieval times was very basic but the doctors in monasteries were possibly leaders in the field of medicine. Over time the size of the infirmaries increased and they began to have their own kitchens and refectories requiring kitcheners and refectorers of their own. Monks knew the importance that good food played in the treatment of illness and all monateries had a herb garden. Although the Rule of Benedict did not allow the monks to eat the meat from four-legged animals, it was allowed in the infirmary to help the sick recover.

Monasteries received many visitors both rich and poor but all were looked after by the guest-master who was responsible for the guest-rooms. The guest-master ensured that the guests and their horses were feed. A visit from a King or Queen would be an honour but the size of the Royal household that travelled with them resulted in a large cost to the abbey.

Lay brothers (also known as conversi) were not well educated and probably unable to read and write. They did all of the manual tasks within the monastery and outside in the fields. When they prayed they sat in the nave of the church away from the choir monks. Lay brothers were important as without them, the monastery would have had to pay labourers to do the work.

Some non-monastic people were employed by the monastery and were known as lay servants. They lived in the villages or towns that were near the monastery. Lay servants were not allowed to mix freely with the monastic community as they could have a disruptive influence on the smooth running of monastic life. Their functions included legal advisers, accountants, personal staff, and bailiffs to run the many granges that supplied income to the abbey.