The siege tower or belfry was a wooden tower used during a siege by the attackers to get men over the walls of the castle. Siege towers were built on site using local materials and would have only been constructed if the siege was a lengthy one or the castle was important and the attackers wanted to take the castle undamaged.

The tower had wheels so that it could be pushed up to the castle walls and a drawbridge at the top would be lowered when the tower was in place. To protect the tower from fire it would have been covered with animal hides.

The inside of the tower had several levels with arrow loops from which attackers could fire at the defenders. The levels would also hold the many attackers until the tower was in position. Good siege towers were taller than the walls they were attacking allowing the attackers to fire down into castle itself.

Many castles were surrounded by water filled moats and ditches so before the tower could be moved up to the walls the moat or ditch had to be filled in with rubble. 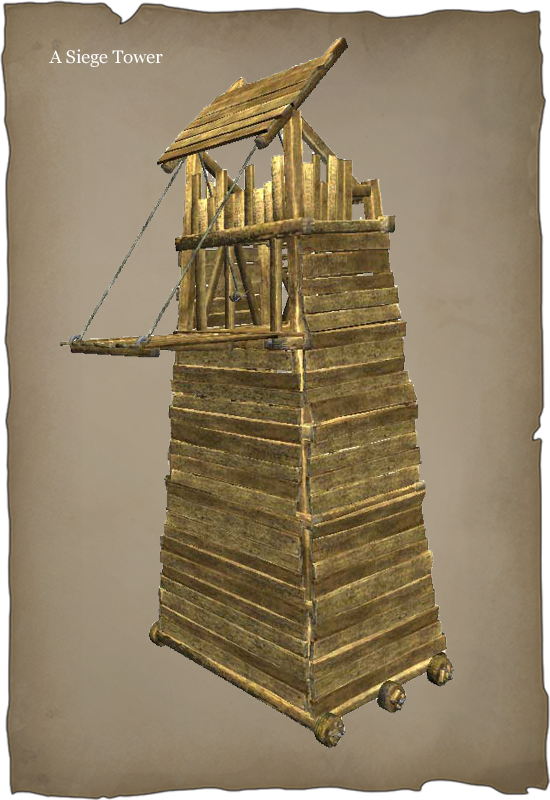 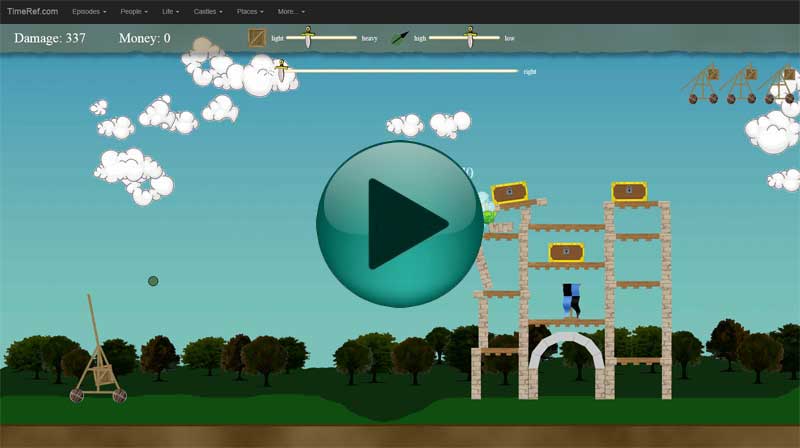